Mike Spiegel, one of the defense attorneys, speaking to former Health Commissioner, Dr. Stephen C. Joseph at the needle exchange trial in April of 1991, in New York City.

The defendants, Gregg Bordowitz, Velma Campbell, Cynthia Cochran, Richard Elovich, Phillip Flores, Debra Levine, Kathryn Otter, Jon Stuen Parker, Monica Pearl and Dan Keith Williams were arrested on March 6, 1990 after they set up a table in Lower Manhattan and tried to give clean hypodermic needles to drug addicts to prevent them from getting AIDS. Most of the eight defendants were members of ACT UP (AIDS Coalition to Unleash Power).

During the six-day trial, which took place in April of 1991, the former Health Commissioner, Dr. Stephen C. Joseph, who started the pilot needle-exchange program, testified in behalf of the defendants. 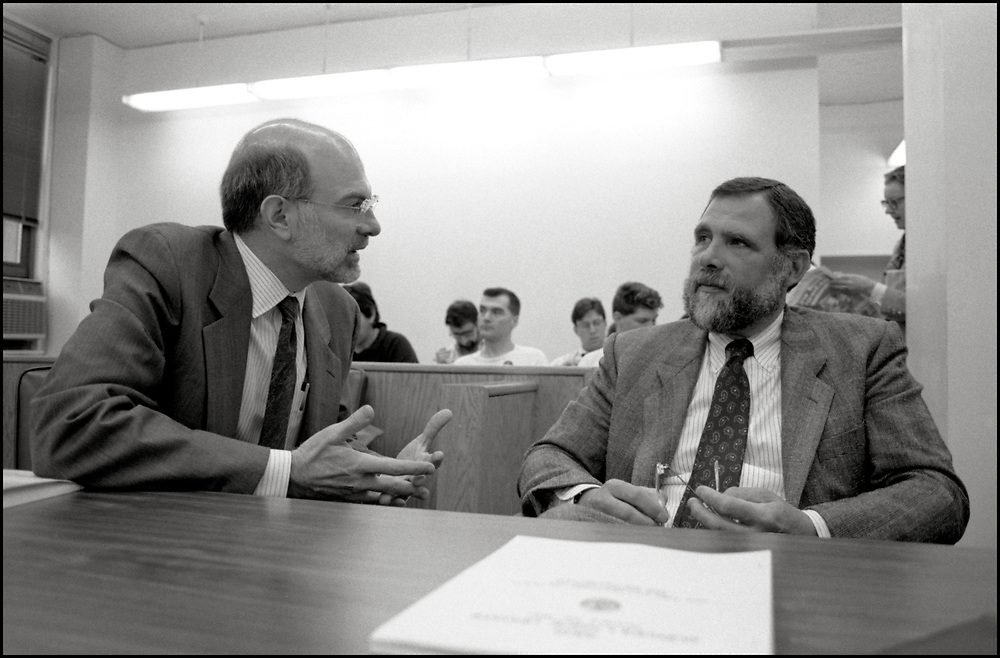