At least 300 people were arrested for sitting down in the atrium of the Hart Building and refusing to leave, including Ana Maria Archila Gualy, from the Center For Popular Democracy, and Winnie Wong, from The Women's March, pictured here. 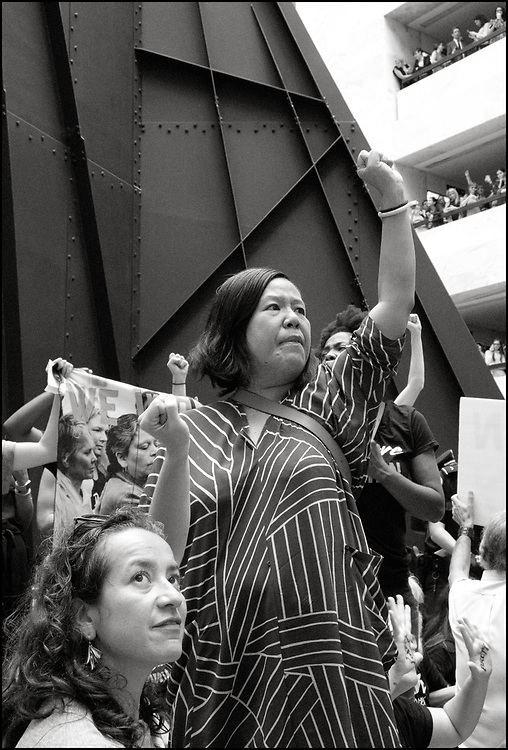