Joseph Sonnabend, an Afrikaans physician, scientist and AIDS researcher, speaking on a panel about the possible Antiviral drugs that could be used to combat HIV/AIDS at the Fifth International AIDS Conference.

As one of the first physicians to notice among his gay male patients the immune deficiency that would later be named AIDS, during the 1980s and 1990s he treated many hundreds of HIV-positive people. Sonnabend helped create several AIDS organisations, including the AIDS Medical Foundation (now amfAR), the nonprofit Community Research Initiative (now ACRIA), which pioneered community-based research, and the PWA Health Group, the first and largest formally recognized buyers' club for AIDS medications. 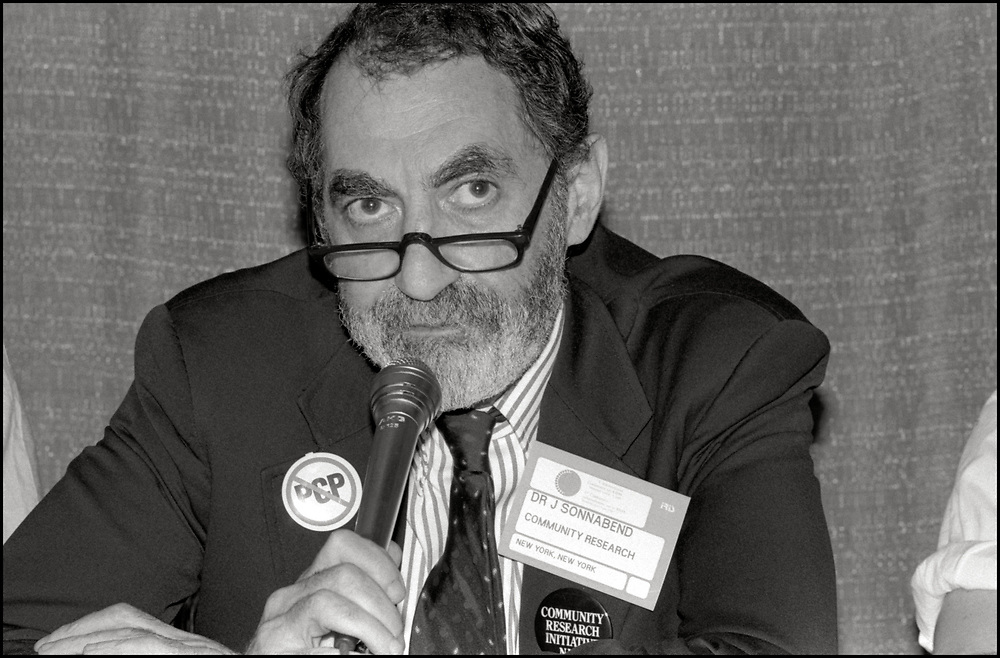