Michelangelo Signorile (born December 19, 1960) is an American journalist, author and talk radio host. Signorile is noted for his various books and articles on gay and lesbian politics. Signorile was the chair of the media committee of ACT UP and was a co-founding member, along with three other ACT UP members, of Queer Nation. In 1989 Signorile co-founded OutWeek Magazine and became the publication's features editor.

Victoria Starr was the music editor and then features editor of Outweek Magazine from 1988-1990. She also wrote All You Get Is Me, a biography of k.d. lang in 1994.

Photographed for Outweek Magazine in New York, NY on March 13, 1991 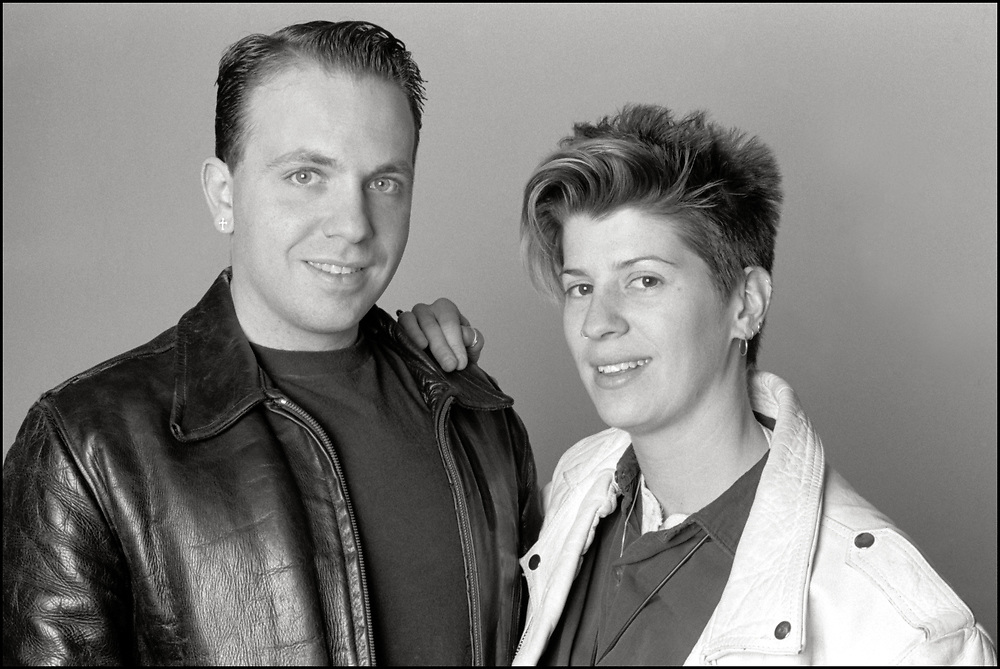