ACT UP picked the Park Avenue offices of Philip Morris International in May of 1990 to protest the company’s support of Senator Jesse Helms (R-North Carolina), a leading opponent of AIDS funding and civil rights for lesbian, gay, bisexual and transgender (LGBT) people. ACT UP demanded that Philip Morris sever its ties with Helms and acknowledge its responsibility to the LGBT community and to people with AIDS. 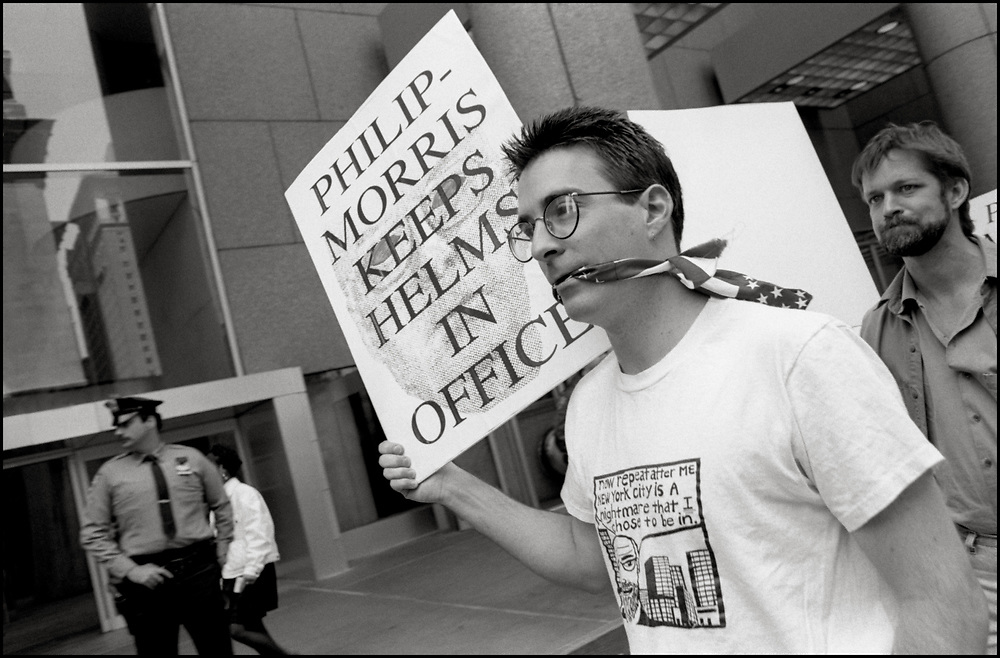