In November of 1989, several ACT UP members unfurled a banner, from the rooftop of Outweek Magazine's offices, which was directly across the street from 69th Regimental Armory where the socialite, Pat Buckley, was co-chairing a black-tie benefit for the Design Industries Foundation for AIDS (DIFFA). Buckley was married to Syndicated columnist William F. Buckley who had written that people with AIDS should be tattooed as a means of "personal protection" and characterized AIDS as a self-inflicted disease brought on by "dope addicts" and "sex-driven gays".

Three members of ACT UP stood in front of the armory's entrance, dressed in tuxedos, and handed arriving guests fliers which quoted Mr. Buckley's remarks. 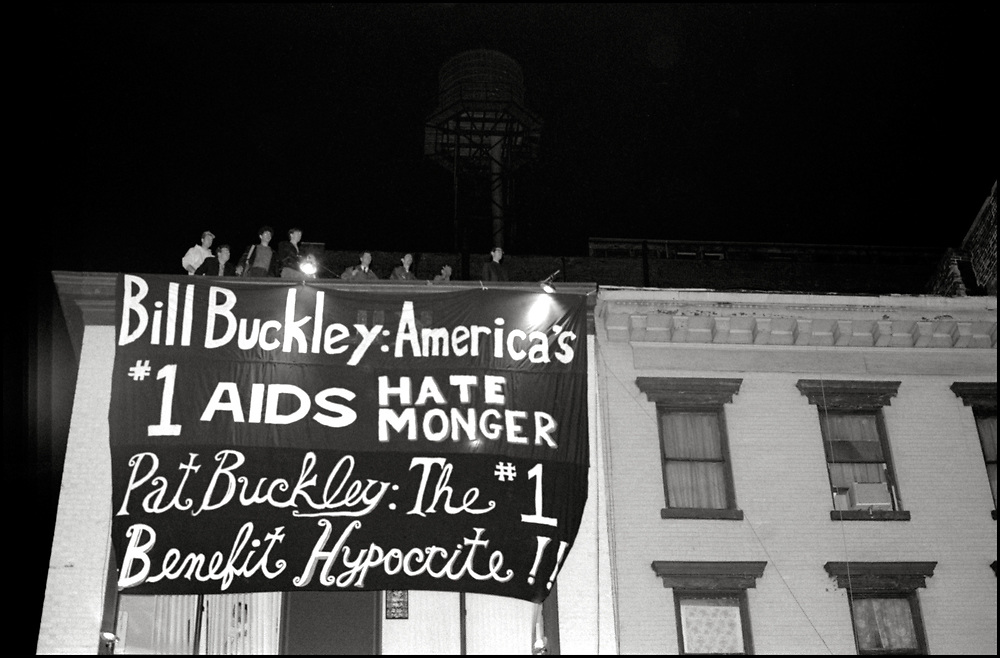