Ray Navarro of ACT UP and his mother Patricia march in the Gay Pride Parade in New York City in June, 1990. Ray Navarro was an American video artist, filmmaker, and HIV/AIDS activist. Navarro was an active member of ACT UP and a founder of Diva TV. His activism was featured in the documentary How to Survive a Plague. Navarro's art was exhibited at the Institute of Contemporary Art, Boston, and in Pacific Standard Time: LA/LA. Ray Navarro died in November of 1990. 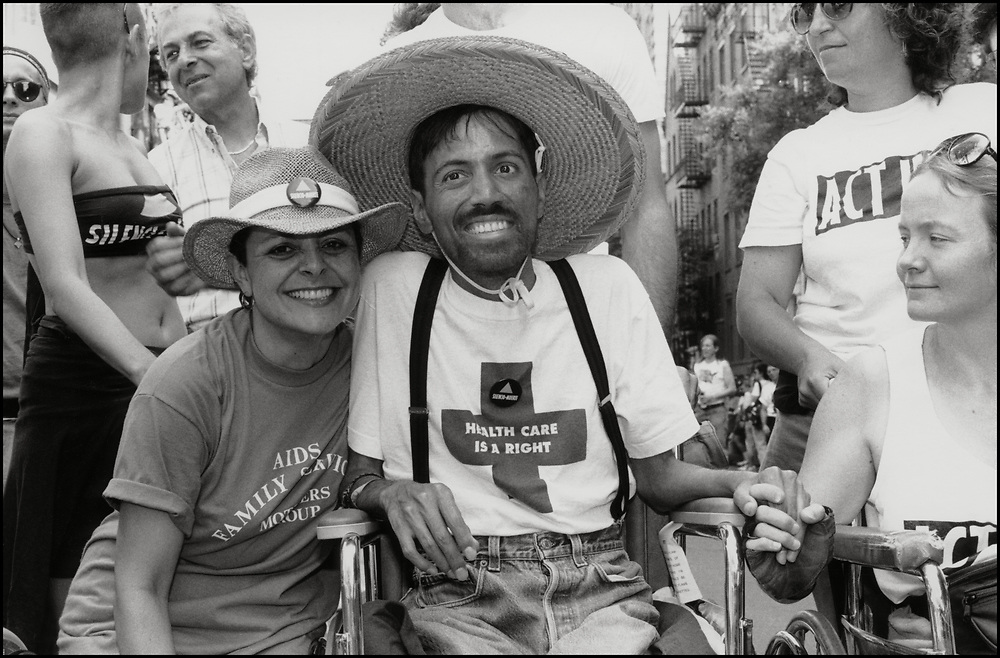