Keith Haring's bathroom mural "Once Upon A Time"

In May 1989 Keith Haring created the bathroom mural “Once Upon a Time”. He was 31 at the time and this was his last major mural before his death in February 1990 of AIDS. The piece was created for “The Center Show,” a celebration of the 20th anniversary of the Stonewall Riots. The Center Show called upon LGBT artists to create site-specific works of art in the building commonly called “The Center” (now called The Center: Lesbian, Gay, Bisexual & Transgender Community Center). Haring chose to create his provocative work in the second floor men’s bathroom.

The mural covers four interior walls with Haring's signature black-on-white line drawings of penises, fluids, babies, and groping figures all intertwined above the tiles of the bathroom stalls. 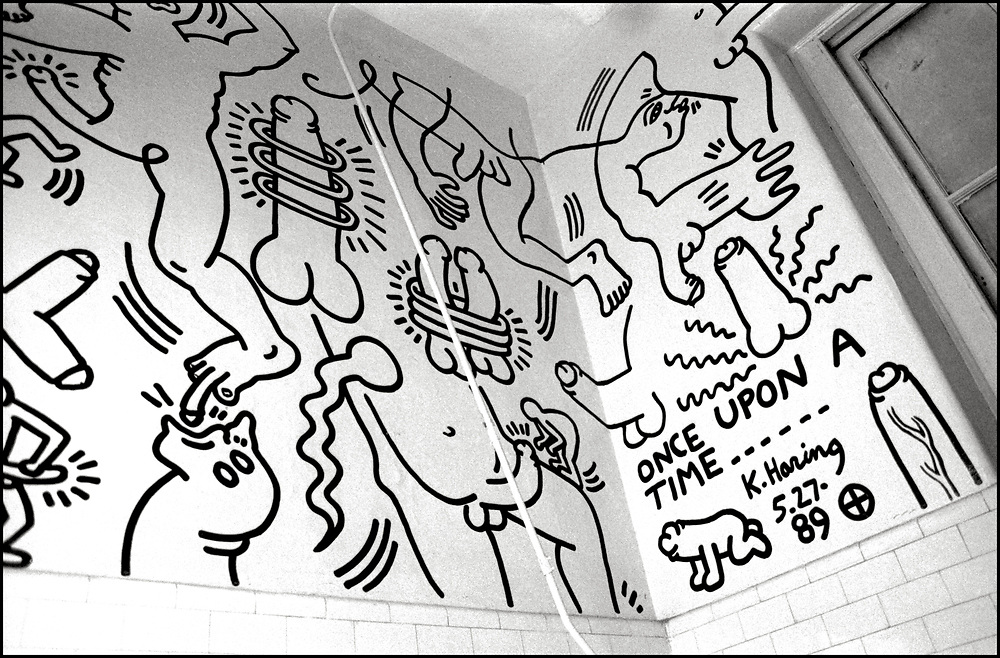