In November of 1988, Gary Strum, Maxine Wolfe, Kaidan Erwin and Robert Garcia of ACT UP protested outside of a Waldenbooks in New York City after the chain pulled copies of the November Issue of Spin Magazine, which included a free condom inside, off of their shelves and refused to sell it.

The issue featured a public service announcement that included the condom and instructions on how to use condoms.

"The condom is the magazine's way of making a statement about the deadly AIDS virus, and is telling readers to subscribe to safe sex," according to a statement released by Spin editor and publisher Bob Guccione Jr. 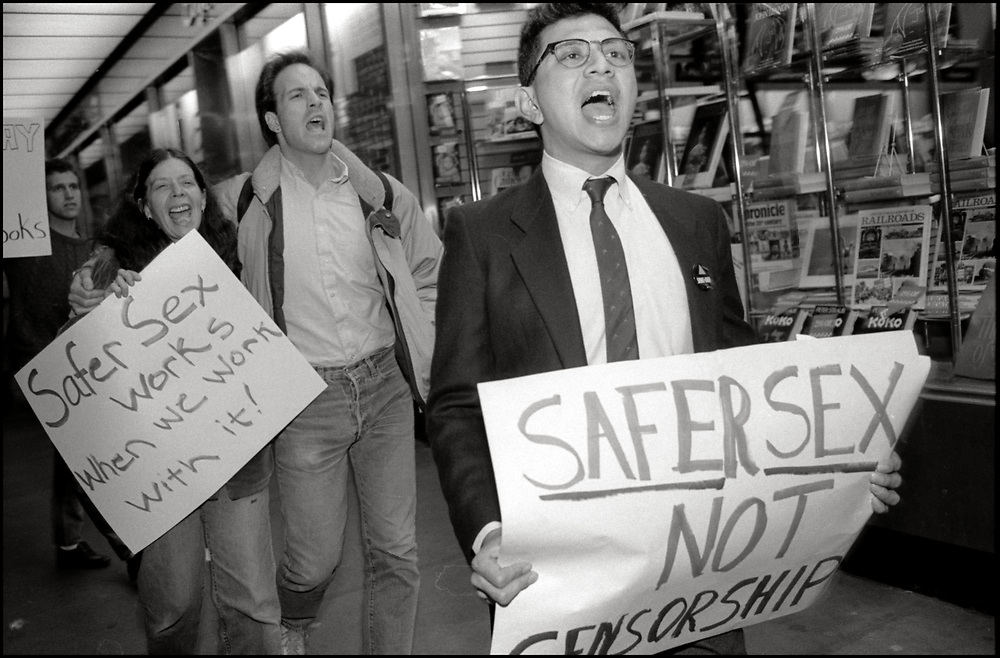