On August 11, 2019, in New York City, more than 1,000 demonstrators crammed into an Amazon store to protest Amazon's contract with ICE, which uses Amazon technology.

The protest, organized by a new group called Never Again Action, was designed to draw explicit links between the Holocaust and the treatment of undocumented immigrants today across the country.

The protesters held a large sign that read “Never again means never again” and, with most of the protesters sitting on the floor of the store, read accounts of people detained in immigration facilities. Over 40 demonstrators were arrested. 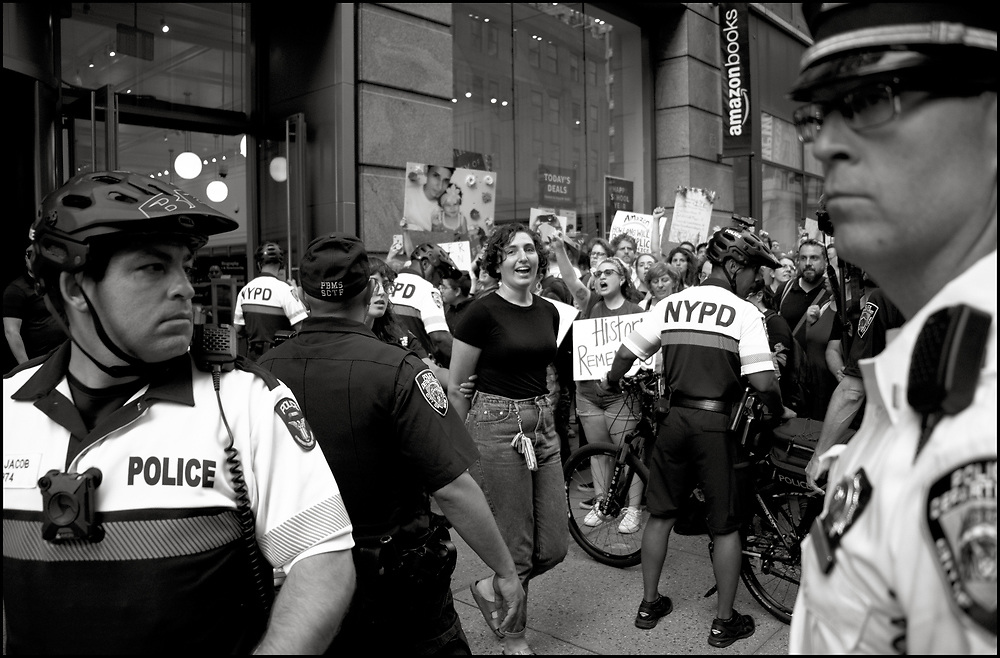