Tim Powers, John Gilbert, John Voelcker, Joe Ferrari, Scott Wald were among protestors who took to the streets after Mark Carson was arrested at Wigstock. His arrest prompted a protest march of 200 people to the 9th Precinct, (though he'd actually been taken to the 7th Precinct). He was finally released, which ended the protest. Carson was arrested when NYPD claimed he was interfering with the arrest of two men who had attacked Karl Soehnlein, Alan Klein and Darren Britton with lacrosse sticks. 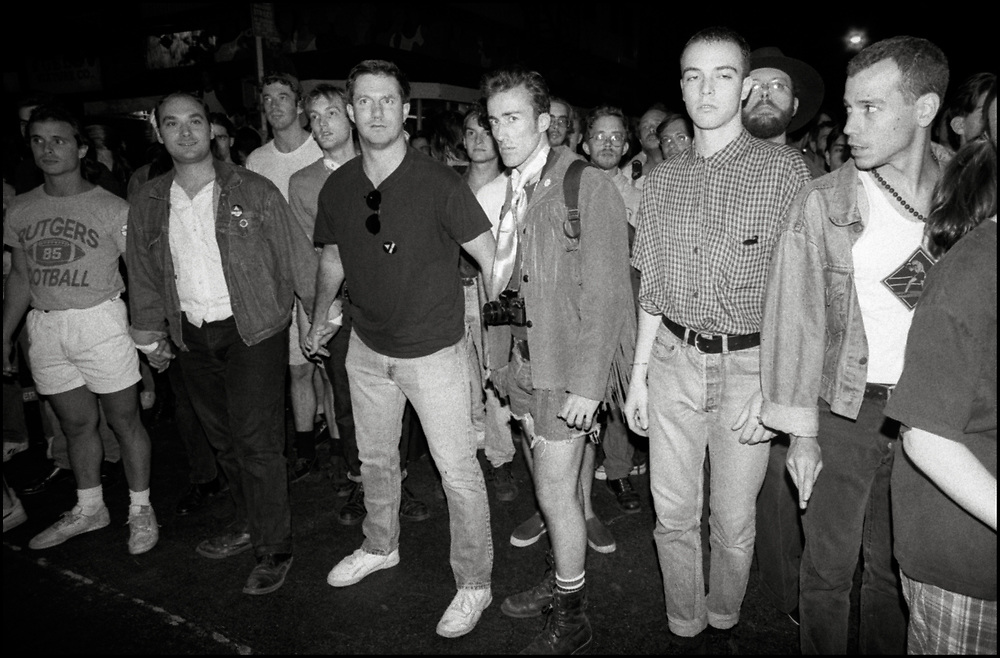