On April 28th, 1990, a pipe bomb exploded at a crowded gay bar, Uncle Charlie's, in New York City. Three people were injured. The following night 1500 people marched through the West Village to express their concern over the increasing incidence of violence directed at gay people and their outrage that the bombing was not designated a bias-related crime. 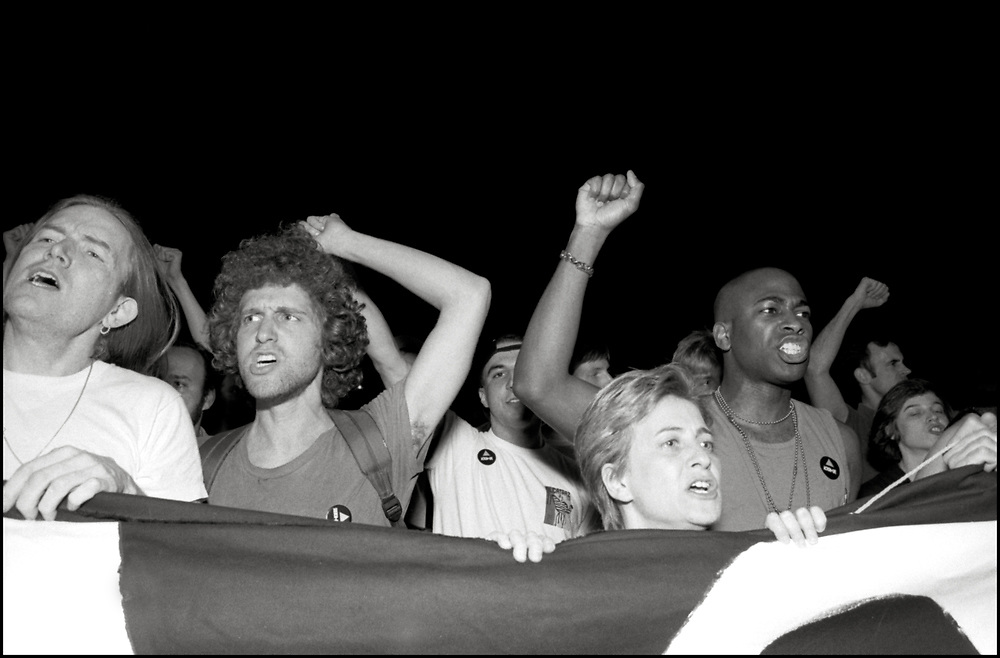