Vito Russo and Peter Staley of ACT UP speaking on a panel about the possible Antiviral drugs that could be used to combat HIV/AIDS at the Fifth International AIDS Conference.

Vito Russo was an American LGBT activist, film historian and author. He wrote The Celluloid Closet, described in The New York Times as "an essential reference book" on homosexuality in the US film industry, co-founded the Gay and Lesbian Alliance Against Defamation, a media watchdog organization that strives to end anti-LGBTQ rhetoric, and advocated for LGBTQ inclusion in popular media. Russo was diagnosed with HIV in 1985, and died of AIDS-related complications in 1990.

Peter Staley is an American political activist, known primarily for his work in HIV/AIDS activism. As a member of ACT UP, New York, he co-founded both the Treatment Action Group (TAG) and the educational website AIDSmeds.com. 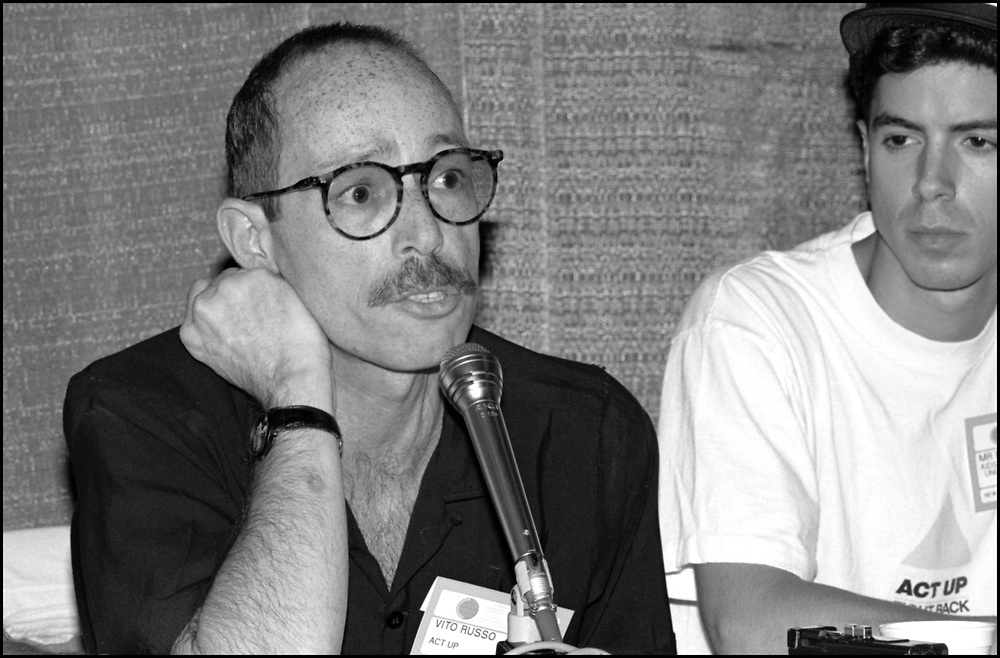