On July 25, 1989, 150 members of ACT UP demonstrated in front of New York Times publisher Punch Sulzberger's residence at 1010 Fifth Avenue and then marched to West 43rd Street offices of the paper. After threatening a sit-in in Times Square, the protesters were finally allowed to picket on the sidewalk opposite the Times. Several demonstrators held a die-in in front of the building.

The demo was preceded by a Sunday zap in which outlines of dead bodies were stenciled on the streets around Sulzberger's pad, and the neighborhood decorated with stickers emblazoned, "All the News That Kills."

"AIDS Crisis Escalates While N.Y. Times Sleeps" was the headline on the leaflet ACT UP distributed, which asked: "Why, instead of actively investigating the work of federal health organizations, does the Times merely rewrite [their] press releases? ... Such compliance makes the Times a mere public relations agent for an ineffective government.... Why did the Times, in its June 29 editorial (Why Make AIDS Worse Than It Is?) dismiss a new federal study finding a 33% under-reportage of AIDS infections in the US? This callous editorial assured its general readership that AIDS will be over soon, once infected members of undesirable risk groups die off." 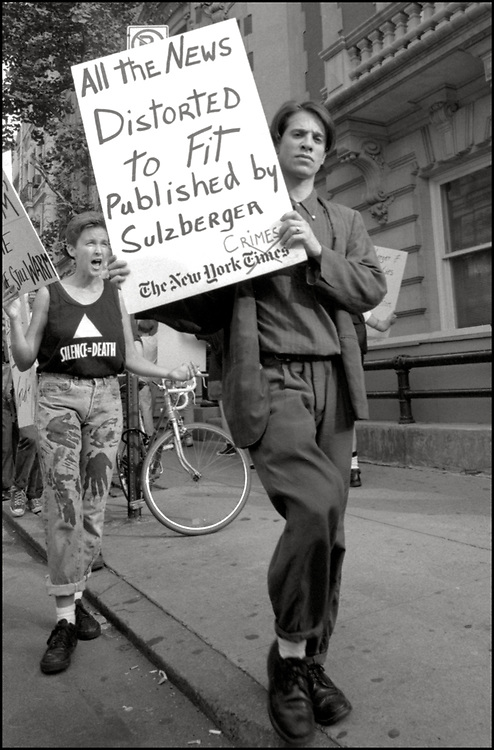