Pilgrims from around the world, devotees of Veronica Lueken, gather at the exedra monument at the 1964 New York World's Fair Vatican Pavilion site in Flushing Meadows Park, to pray for the world's salvation, witness miraculous healings and receive messages from the Virgin Mary and Jesus Christ.

Veronica Lueken was a Roman Catholic housewife from Bayside, New York, who, between 1970 until her death in 1995, reported experiencing apparitions of the Virgin Mary, Jesus, and numerous Catholic saints. She gave messages she claimed to have received from them at both the grounds of Saint Robert Bellarmine Catholic Church in Bayside, and at the 1964 New York World's Fair Vatican Pavilion site. 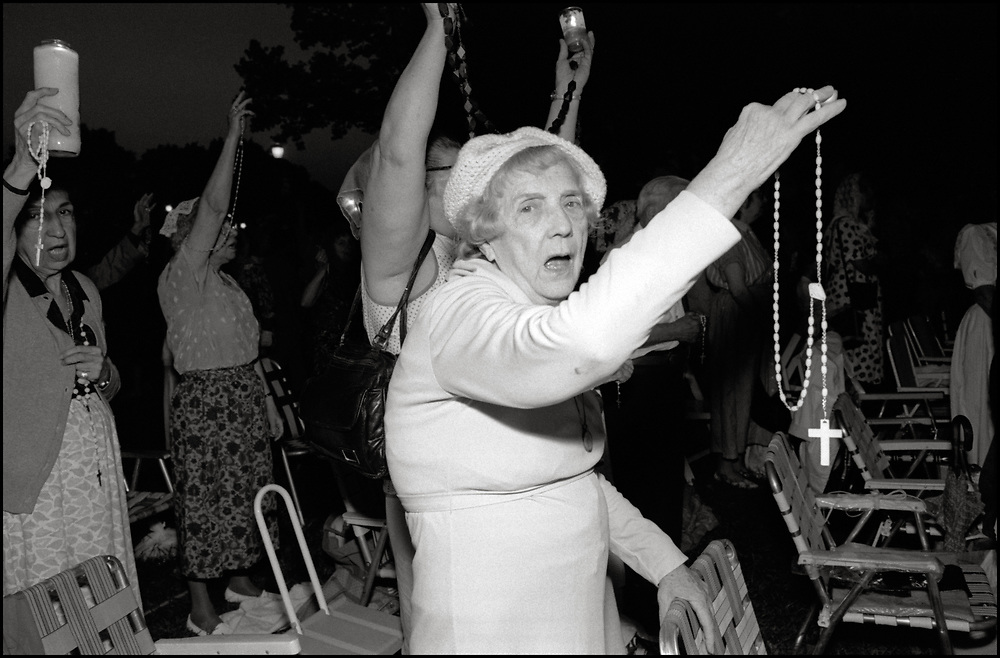