Pink Pussyhats at The White House

Women's March attendees visited the White house on the eve of the inauguration of Donald J. Trump.

A pussyhat is a pink, crafted hat, created in large numbers by thousands of participants involved with the United States 2017 Women's March. They are the result of the Pussyhat Project, a nationwide effort initiated by Krista Suh and Jayna Zweiman, to create pink hats to be worn at the march for visual impact.

The creators state that the name refers to the resemblance of the top corners of the hats to cat ears while also attempting to reclaim the term "pussy", a play on Trump's widely reported 2005 remarks that women would let him "grab them by the pussy." 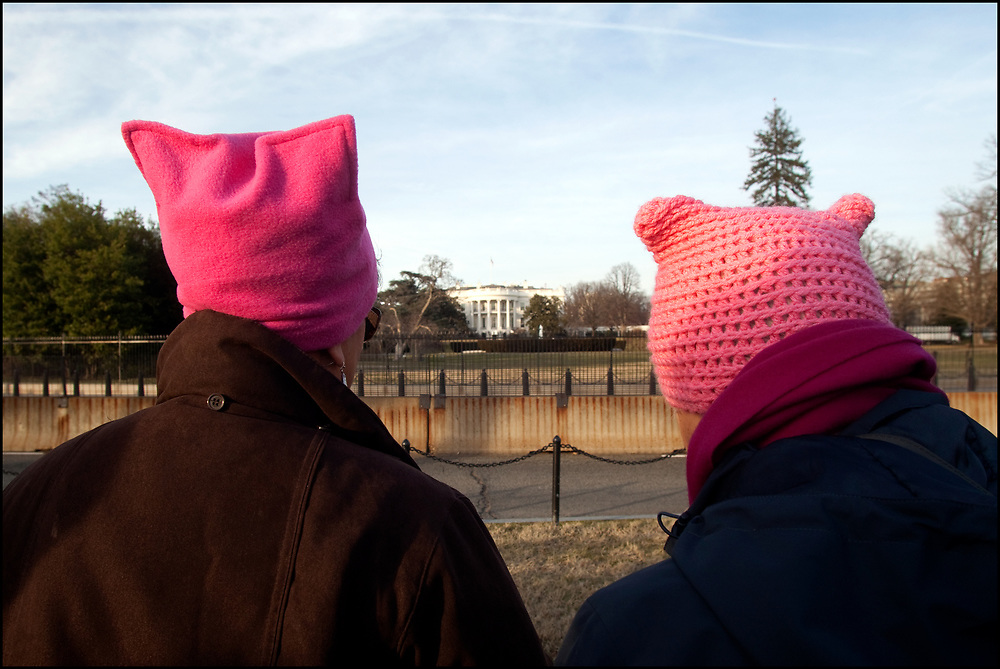