Virginia Apuzzo and Andrew Miller at The Gay and Lesbian Community Center's garden party in New York, NY in June of 1989.

Andrew Miller was a founder and the news editor of Outweek magazine and has taught writing and journalism at Polytechnic Institute of New York University. He has also been a book editor at John Wiley & Sons, HarperCollins, Hearst, and Random House. His byline appears frequently in the LGBT press, especially New York’s Gay City News, and he has contributed to and ghostwritten several books, including Youth In Crisis: What Everyone Should Know About Growing Up Gay. He is a member of Queer Nation, a direct action group dedicated to ending discrimination, violence and repression against the LGBT community. Miller lives in New York City. 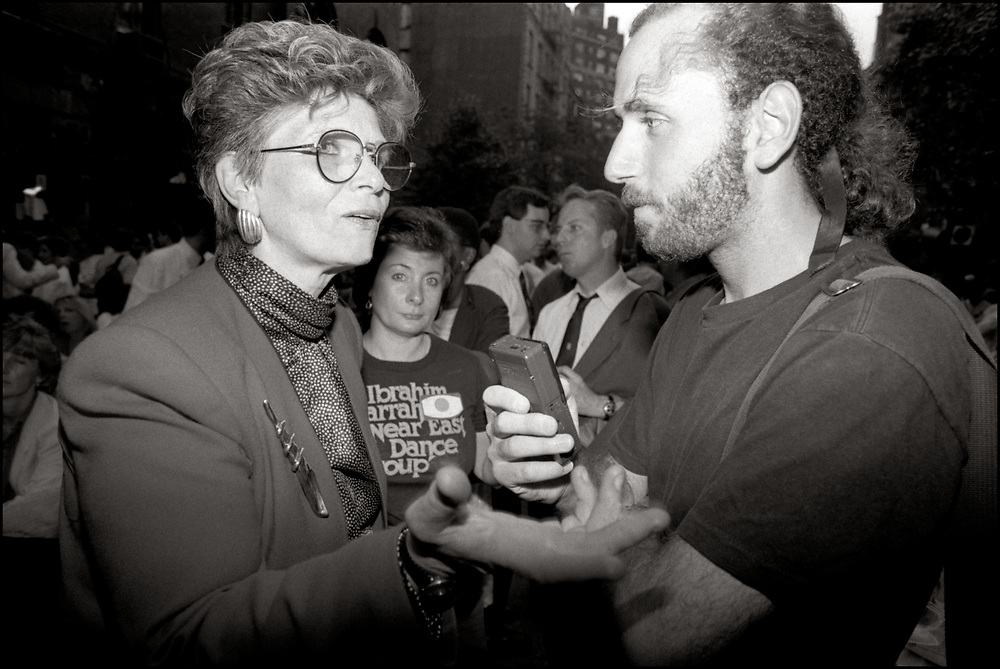