The Lesbian Avengers was founded in 1992, in New York City, as "a direct action group focused on issues vital to lesbian survival and visibility."

"The New York City Dyke March is a protest march, not a parade. The March is a demonstration of our First Amendment right to protest and takes place without permits or sponsors. We recognize that we must organize among ourselves to fight for our rights, safety, and visibility.

Thousands of Dykes take the streets each year in celebration of our beautiful and diverse Dyke lives, to highlight the presence of Dykes within our community, and in protest of the discrimination, harassment, and violence we face in schools, on the job, and in our communities.

Any person who identifies as a dyke is welcome to march regardless of gender expression or identity, sex assigned at birth, sexual orientation, race, age, political affiliation, religious identity, ability, class, or immigration status.

We ask that our allies respect the march as a space for self identified dykes by supporting us from the sidewalks, or by celebrating with us at the culmination of our protest in Washington Square Park." - nycdykemarch.com 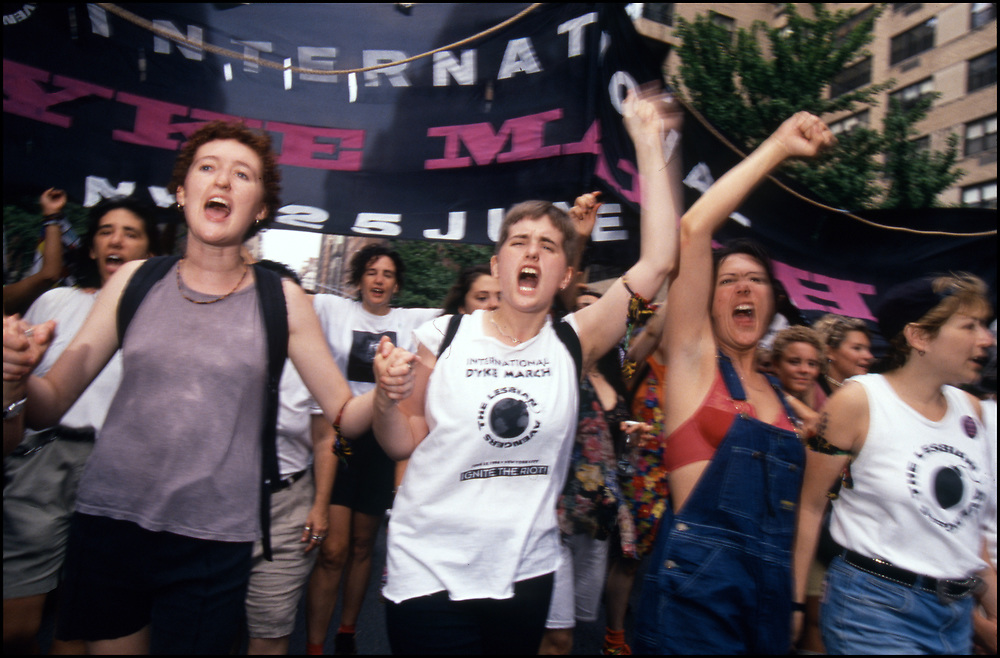