G’dali Braverman, David Robinson, Mark Fisher, Natasha Gray and others of ACT UP NY, on June 24, 1989, the 20th anniversary of the Stonewall riots, participating in a renegade march up 6th avenue to Central Park. Themed, "In The Tradition", this march followed the same route as the original march 20 years ago and was designed as a rebuke to the corporatization of the gay pride parade. Chanting “2-4-6-8 How do you know the Rockettes are straight?!?” as they passed by Radio City Music Hall. 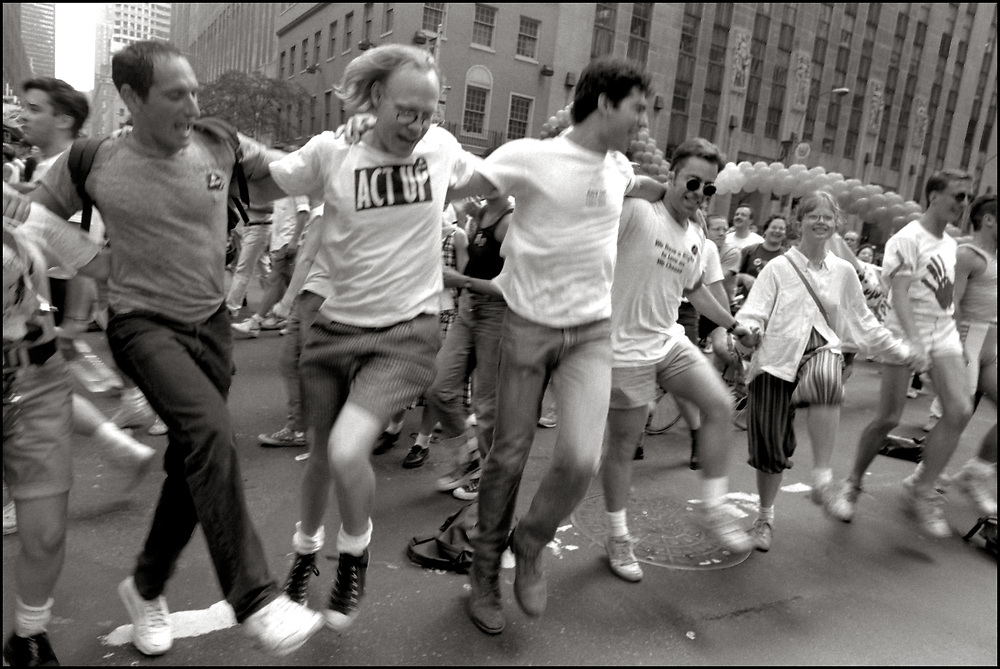